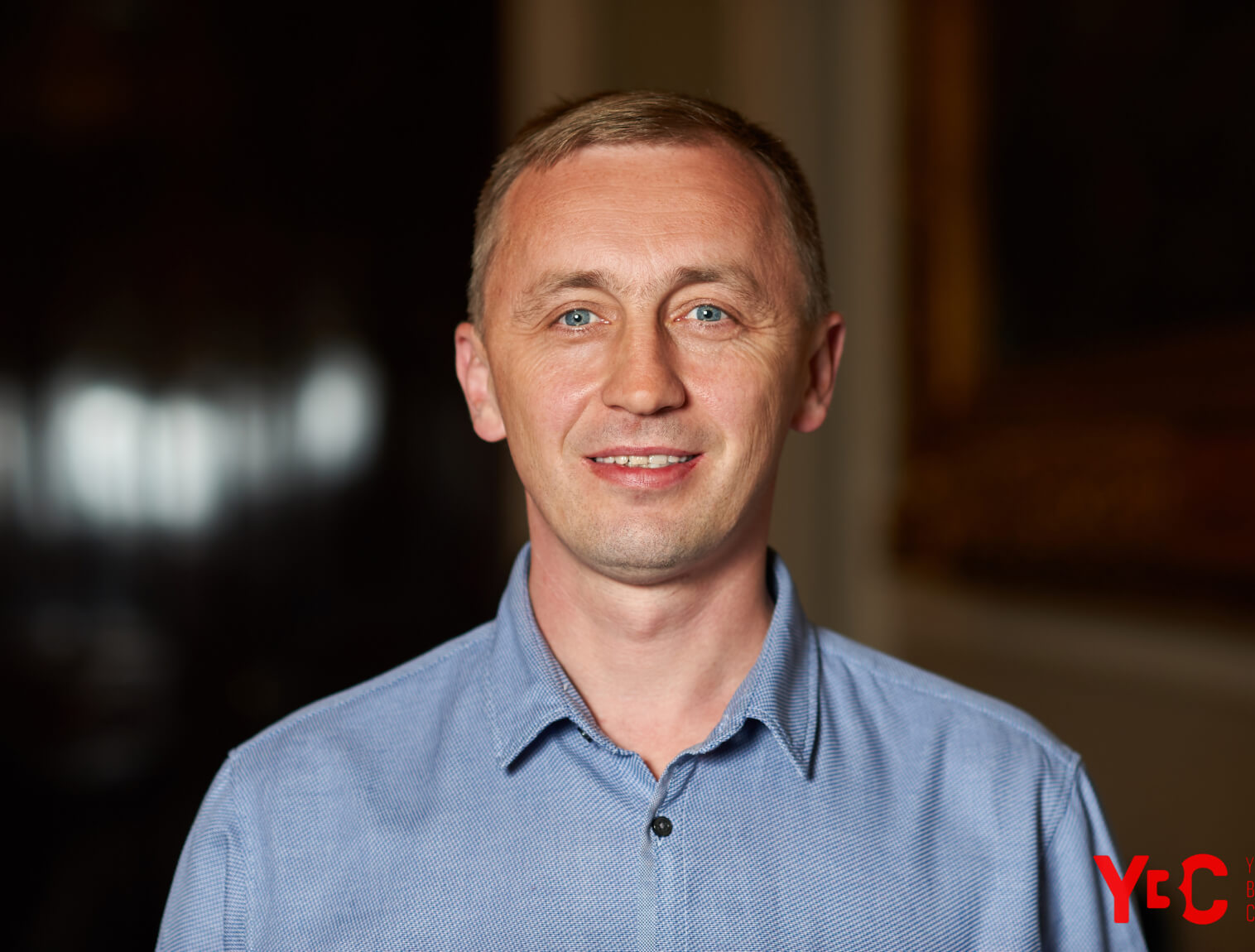 Do you not believe that you can travel from Ukraine to London without knowledge of the language, with a bachelor’s degree in geography, and conquer this city by becoming the founder of a company with an annual turnover of almost a million pounds? Then read the success story of Volodimir Bochkor, the owner of the Rubbish Taxi brand, the climber, the extremist, the father of three children, who has 24 hours a day to do everything


Volodimir was born in Ukraine, in a small district center of Rahov in Zakarpatye. My father spent his whole life as a bus driver, and that’s probably why all of Volodimir’s childhood dreams were about the driver’s seat – he also wanted to be a driver. As he himself emphasizes, fortunately, the dream did not come true, he did not become a driver, but because of his love of transportation became a co-owner of a bus company and a owner of a transport company.

After school, he enrolled at Ternopil National Pedagogical University, planning to become a geography teacher, but after a fourth year, at the age of 21, after receiving a bachelor’s degree, left the university and immigrated to London on a student visa. Helped to make such a big step by friends who already lived in London.

Moving to London is a real adventure.
The radical change of Volodimir’s place of residence, from the point of view of the ordinary person, is a peculiar adventure. Why? First of all, because Volodimir was on his way to London with no knowledge of English. We really had to start from scratch, literally.

For the first two years he studied English at a private college in day-time form and worked the night shift in «Mcdonald’s». Then he delivered newspapers.
The company started its first business at the age of 27. The company dismantled buildings. The staff was about 50, but it was more of an employment agency, a recruitment agency. You had to work with quite a lot of people, with subcontractors. Soon, our hero realized that he was not interested in such a business because he depended on many factors, including human factors, and did not enjoy it. But these three years were not wasted, because it was during this period that a small start-up capital was accumulated that allowed to realize the dream of becoming a co-owner of a transport company in Ukraine.

«By the way, this was the first tangible means that I earned on my own, then I was about 30 years old, and I immediately spent them on the acquisition of business of my dreams – bus park and first bus in Ukraine», says Bokkor.

It was then, in 2009, that «Bokkor and sons» were founded, which are engaged in passenger transport. The founders of the bus company are Volodimir himself, his brother Vasily and his parents. There are now 13 buses in the bus fleet that carry passengers on local and intercity lines.

Since the relatives solve all operational issues, I do not take up much time from this business, although literally every day I communicate with Ukraine, there are always working moments. In this business I have always been more in the role of an investor, but now due to the unstable situation the development of the business is suspended, as long as it simply «keeps afloat».

Such a freeze on the development of the project is due to the fact that after the tragic events in Ukraine in 2014 business became investment unprofitable. The sharp appreciation of the currency, the instability in the society, the quality of the equipment and the condition of the Ukrainian roads forces for the time being to freeze the development of this part of my business», explains the entrepreneur.

As a transport business was still a dream, a garbage removal company was founded in London on 11 February 2014.
Rubbish Taxi is a recognizable brand.

The idea came out of a conversation with a friend named Dmitri. He, as a builder, faced the problem of garbage removal after the repair of houses. At that time, he was provided with services by Polish businessmen, and needed to wait five days, and sometimes even longer, before removal of the rubbish after completion of the order.

The first stage was heavy. I bought one car, named the company Wastevan, started spending money on advertising in newspapers and bigboards. We received two or three orders a day, which barely covered our expenses. By that time, we were no different from six competitors, and something had to be changed drastically. After working this way for almost a year, we decided on some know-how: we installed electronic scales on the cars and started to remove the garbage at a kilogram rate, not for the volume like our competitors. Such approach was very liked by our clients», – Bokkor tells.

In the same year, the new Rubbish Taxi brand was created and the car design changed. Bright and recognizable, it has begun to attract attention to itself, and customers after the first turn have become regular customers and recommend the service to other – acquaintances, neighbors. The so-called «Sarafana radio» works among Englishmen in the same way as in other countries, and they 100% try to use his possibilities. It saves considerable advertising costs. .

In the five years of its existence, the company made 40 orders daily without advertising costs. Today it has an annual turnover of almost one million, a fleet of nine cars, and each year it increases its capacity by about 20%, acquiring new equipment and expanding its business.

Now Rubbish Taxi as a brand has become quite recognizable in London, and that pleases me. Now in the plans – scale the business and its exit from the domestic city market, even if such a huge megapolis as London, on the market of the whole country» – the businessman sums up.

Only overcoming is the only way to the top

Volodimir believes that you have to do one thing, polish and hone your skills, be a true professional. That is why plans for the future relate only to the expansion of existing companies. To this end, he dreams of mastering the peculiarities of public relations, realizes that one cannot stay away from the IT.

In addition, he is a supporter of family businesses and would like children to continue his business.

Volodimir has three of them, which means someone to pass on what he’s started.
By the way, his biggest achievement is not two businesses in Ukraine and Great Britain, but his family. He has an international husband, a Ukrainian wife, a Romanian wife, and children are becoming English.

It is not only the presence of a business, but also extreme hobbies that help to realize oneself. Volodimir did not become a geography teacher (who knows how much Ukrainian pedagogy lost in his person?), but traveling around the world attracts him with thrills.
It has already conquered three five thousand peaks – Kilimanjaro, Kazbek, Ararat. Mountains help not only to switch, to get away from problems, but also to meet people who will not fail. Communication with many becomes permanent, it is not limited to mountaineering.
Volodimir also conquers not only mountains, but also water elements. He had a three-week swim that led him and his friends around Lake Baikal.

It is not attracted to «beautiful rest» in hotels on the sea coast, when it is possible to do nothing and relax. He believes that it’s overcoming, conquering nature and making people feel confident about what they do and how they do it.

Volodimir is a member of the Young Business Club with a short term of membership, only six months. But in that rather short period of time, he was able to conclude that participation in the club is a charge of positive energy, an opportunity to communicate with positive people.
According to Volodimir, he went to the club for communication, his participation in the Young Business Club is more motivational for him, but it is this motivation that allows to improve, find and discuss new ideas, broaden the horizon. And just having not only business partners, but just like-minded people around the world makes life easier, but also more diverse.
Also